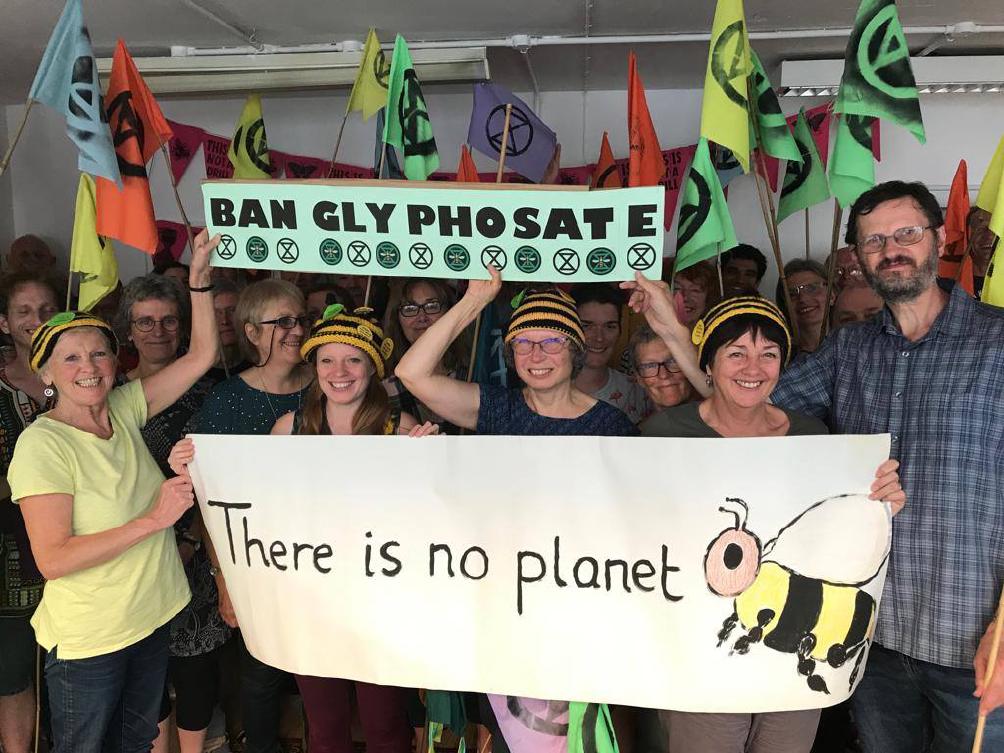 More than 1,000 people have signed a petition calling on Sheffield City Council to stop using the herbicide Glyphosate after four local organisations teamed up to campaign on the issue.

It comes after Extinction Rebellion activist Graham Wroe submitted a Freedom of Information request, revealing that the Council used 1,750 litres of Glyphosate last year on Sheffield’s pavements, verges and parks. The chemical is dangerous to bees and other pollinators, and according to the World Health Organisation is “probably carcinogenic to humans”.

Graham Wroe said: “Thanks to the amazing work of Extinction Rebellion, many more people are now aware of the climate emergency. Fewer people, however, realise we also face an ecological emergency.

“The rapid loss of species we are seeing today is estimated by experts to be between 1,000 and 10,000 times higher than the natural extinction rate. We are currently experiencing the 6th mass extinction.

“Insects may not be popular, but we need to remember that without pollinators we lose our food supply. Glyphosate is contributing to the loss of our insects when there are many safe alternatives.”

Full text of the petition:

End the use of glyphosate-based herbicides in Sheffield’s publicly owned spaces maintained by the Council or their contractors and use a safe alternative such as Foamstream.

Why is this important?

Glyphosate-based herbicides such as RoundUp and Touchdown pose a real risk to the public, our environment and horticultural workers. Glyphosate has been banned in Holland, Denmark, Sweden and France and some Councils around the UK such as Trafford, Brighton, Bristol and Croydon.

Roundup kills beneficial insects. It has been proven to cause mortality of species including bees, predatory mites, lacewings, ladybirds and predatory beetles.

Argentinian studies suggest that glyphosate use leads to a decline in honeybee activity. The demise of the monarch butterfly population in New York has been blamed on glyphosate.

Glyphosate in soil takes 140 days to break down to half its toxicity and will continue to be taken up by plants from the soil for 2 years and longer. It’s toxic to earthworms and inhibits mycorrhizal fungi. Mycorrhizal fungi are essential for tree health, collecting nutrients and water to feed their host plant and protecting tree roots from harmful fungi and root rot diseases.

Research on Cancer (IARC) concluded that it was “probably carcinogenic”.

Recently a breakthrough court case against Monsanto was won by a man who developed cancer after using Roundup. He was awarded $289 million in damages.

Other councils now use eco-friendly alternatives such as non-toxic Foamstream. Methods such as Mesh-Tech are now available to combat Japanese Knotweed.

See what is going on nationally at: rebellion.earth